No Place Like Home is a fun and easy to play farm building simulation game. The common feature of this game series is a light, relaxing experience despite the repetitive heavy gameplay mechanics. This is also a problem that late-born games have to solve: to make their own mark among perennial monuments like Harvest Moon or Rune Factory. Although the developer of Chicken Launcher has found a separate direction for their brainchild, that is not outstanding enough. Not to mention the game has many bugs even though it has been officially released.

The No Place Like Home experience puts players in the role of Ellen. This girl was originally a resident of Mars, but decided to return to the ruined earth to start a new life with her grandfather. That was the plan, but Ellen’s grandfather suddenly disappeared, leaving the girl alone to fend for herself with the locals who had the same decision as Ellen. On top of that, the player also has to help the main character find out what happened to Ellen’s grandfather. To do that, you must first start cleaning up the mess right away. 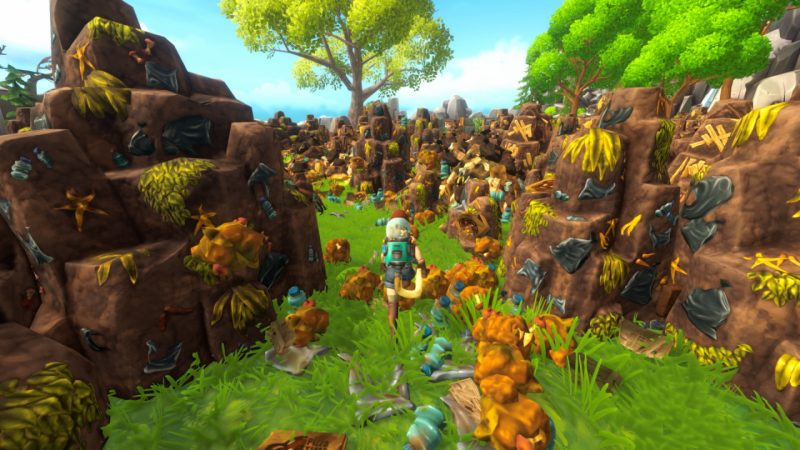 In fact, the new context is probably the most obvious difference between No Place Like Home and many other games of the same genre. After the basic tutorial, the player begins to suck the debris with the same equipment as the The Gunk experience. The difference is that Ellen’s vacuum plays a more important role in the experience, requiring many upgrades for it to work better in certain experience situations. Although it is not possible to escape the heavy repetition of this series, but the secrets and collected items make the experience more exciting.

For example, you can find new seeds or recipes through the above vacuuming job. Players can also go to shops to trade, go underground for the purpose of exploring and expanding the experience environment. In fact, the No Place Like Home experience is very accessible. The game is also not heavy hand feeling just work. Most things are learned by players themselves and accumulated during the experience. Ellen’s farm gradually took shape from such sucking times.

The No Place Like Home experience has many similarities with My Time at Portia, not only the gameplay aspect but also the humorous context despite the difference in form. This is also the point that attracts me to the game experience. The game is not as challenging as Stardew Valley, but towards a more relaxing experience. Instead of making it difficult for players, everything you do in the experience brings a sense of fun. This is also reflected in the very low difficulty similar to the Before We Leave experience, making the game accessible to many different groups of players. 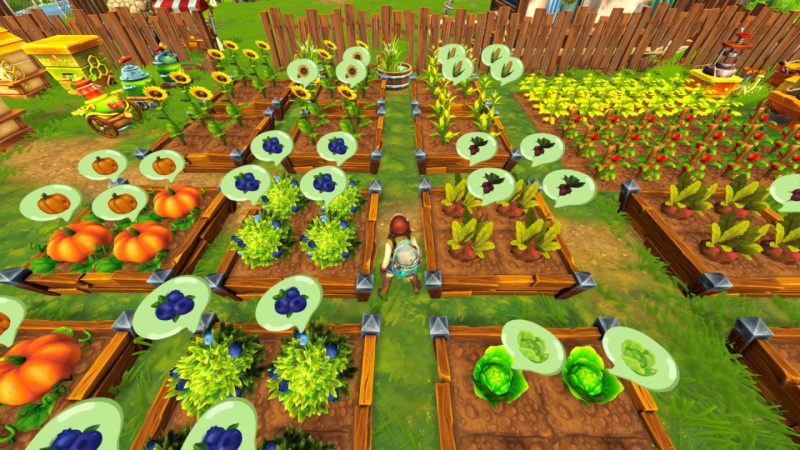 So are the graphics of No Place Like Home. Although it looks a bit old, the cartoon style is very cute with bright colors. Equally funny is the flock of poultry and cattle wearing headdresses in each grain of rice. Have you ever seen a chicken wearing a magician’s hat or a pig (pig) wearing a rabbit-eared hat? Ideas like that pop up so often that the game experience may not be suitable for serious players, but does its job well as intended by the developer.

However, the biggest problem of No Place Like Home is that the official game has many miscellaneous bugs, although the developer is very active in releasing patches. There are two issues that I also cannot fail to mention. One is that the task system is sometimes quite monotonous, but sometimes it is too confusing for players. For example, there is a task that requires you to provide a certificate of friendship with a chicken, but does not accept chicken eggs and chicken feathers. Guess what that proof is? The second problem is the feeling of clumsy and unintuitive controls, especially when playing with the keyboard and mouse. 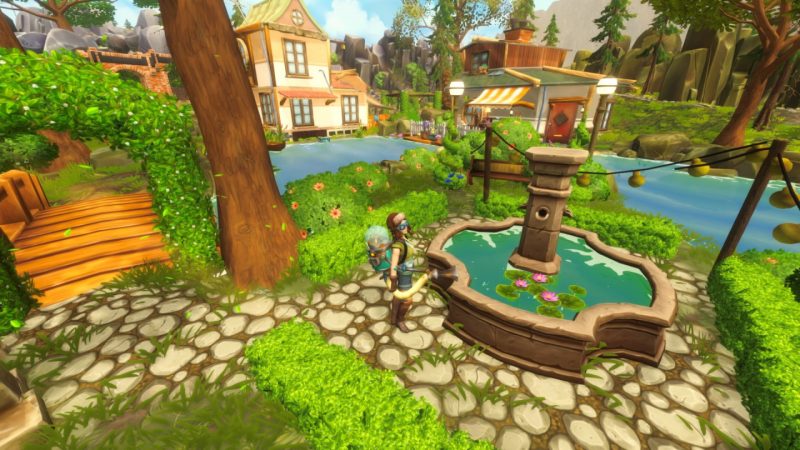 After all, No Place Like Home offers a very exciting and funny farm construction simulation experience. Although it has not been able to realize the full potential of the game, this is definitely a name worth considering for those who like the experience of building a dream farm, just like the way people take each other to hide that people often talk about in real life. .

No Place Like Home is available for PC (Windows). The article uses games supported by the publisher.

See more reviews of other gamesDigital Experience writes a lot of game reviews, don’t miss it!

Sitemap auditing involves syntax, crawlability, and indexation checks for the URLs and tags in your sitemap files….