Samurai Riot Definitive Edition is an upgrade of the beat ’em up game of the same name that was first released in 2017. In fact, 5 years is not too long a time up to the time of writing, making the developer’s decision Wako Factory surprised me a bit. In addition to optimizing game performance better, the Definitive version also improves the attack sequence of the characters to make the game experience more accessible. Not to mention some noticeable adjustments such as new character movements and 60fps frame rate that provide a better experience than the original game.

In addition, there are some changes such as character dialogue, but because these adjustments do not affect the feeling of experience, I do not mention it. From the perspective of a longtime beat ’em up player, Samurai Riot Definitive Edition has a lot of familiar feelings in gameplay design. Players assume the role of one of two characters Sukane and Tsurumaru throughout the war with different fighting styles. While Sukane used his fists and kicks with the help of the fox spirit, Tsurumaru used swords like a samurai. 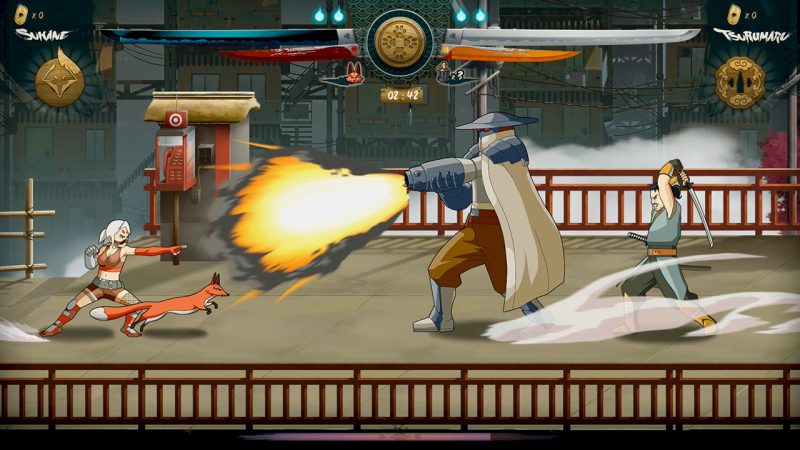 The game experience that supports 2-player co-op and speedrun is very exciting and comes with a leaderboard. However, the enemies in Samurai Riot Definitive Edition are not diverse in shape. Most just reuse old pictures and change the color of the outfit. Even so, each “recycled” enemy has different attack skills, often even taking the opportunity to literally “stab the player in the back” when you are busy confronting their accomplices. This seems to be the developer’s intention to increase the challenge level and the relatively short duration of the game.

see more : How to reset OPPO phone without losing data

Samurai Riot Definitive Edition brings a lot of memory to names like Battletoads or Double Dragon because of its high challenge. In contrast, the game has an interesting plot with difficult causal choices, there is no absolute right or wrong but depends on the player’s feelings. If only looking at these aspects, the developer Wako Factory has created a great game experience, both bringing a lot of nostalgic feelings because of the high difficulty like classic beat ’em up games on the arcade platform, and modern in other respects.

Although Samurai Riot Definitive Edition does not have any innovative gameplay elements compared to other names in the same genre, it still offers a very exciting experience. That’s thanks to the attractively written plot, plus a rather unique graphic style. Similar to Fight’N Rage, the aforementioned elements combined with “moral choices” lead to different endings and provide quite high replay value. Not to mention, players also collect skill points through experience and unlock new martial arts for the character, greatly contributing to the replay value of the game. 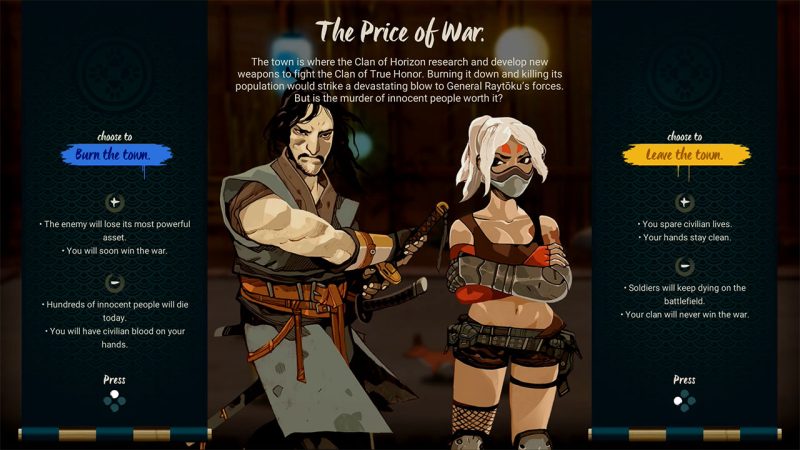 Like most other games of the same genre, Samurai Riot Definitive Edition shines most when it comes to 2-player local co-op experience, taking advantage of the pros and cons of both characters Sukane and Tsurumaru in combat, especially is when fighting the boss. It is quite unfortunate that the game does not support online co-op, although this is understandable considering the price of the game. The writer is just not excited about the listening aspect because the background music is quite sleepy, not yet creating the passionate feeling of battle in the typical game experience.

Another problem that I can’t help but mention is that the Samurai Riot Definitive Edition experience has a small font size, and also uses a font that is difficult to read when playing on Nintendo Switch in handheld mode. Moreover, the game still has a few problems that the writer is not sure is the game error or the developer’s design intent. For example, the Quit & Save feature does not work as it should or more precisely, not as I thought it would. It forced the writer to play continuously all afternoon until the end of the game instead of dividing it into several sessions. 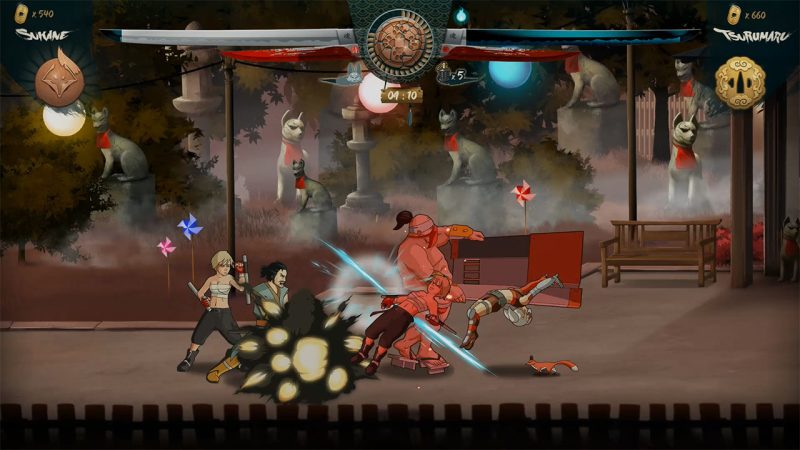 After all, Samurai Riot Definitive Edition offers an exhilarating beat ’em up experience with high replay value despite being equally challenging. If you love this genre, this is definitely a name worth considering for your game library, especially those who like a fun 2-player co-op experience. The article uses games supported by the publisher.

See more reviews of other gamesDigital Experience writes a lot of game reviews, don’t miss it!